Three years ago (October of 2006 to be exact) I attended a BNI meeting in Stockbridge Georgia after I first moved to Atlanta. I didn’t know anyone but looked the group up on the internet and found the chapter near my house. At that event I met several people, collected business cards, etc. A few months later I hired an Accountant, Kim Maxwell, who I had met at the group and she has been my accountant ever since. But what’s unique about this story is, in the clump of business cards I collected at that one meeting, there was a card of a electric company I had pulled out and stuck on my refrigerator after the meeting. Just a few weeks ago, January of 2010… 3 years later, I needed to add an electrical outlet in my home office, passed the fridge, remembered the business card I had saved and wah-lah…. called Mr. Johnny Classen up and booked him to come out to my house. 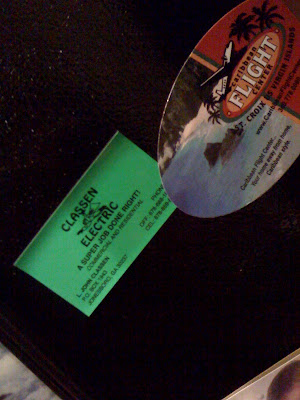 While he was here he said.. “I noticed you have one of my cards on your refrigerator, have we ever done business before?” and I told him, nope, not yet.. but I met you at that BNI group and have been holding onto your card until I needed it. He was shocked! His response..”Well I guess that group actually did work.”

Go figure. In his case, the response he received from attending the event wasn’t necessarily immediate, but it did lend him a new client. You never can tell exactly what marketing you’re doing is going to attract clients, but having multiple options and avenues only increases the odds… because they all work better together.

You see, marketing is like the engine of a Mercedes. The parts, all brand spanking new, work just fine, but alone don’t produce the end desired result. Put them together and listen to that baby purr. Now think about marketing as an engine. Your collateral pieces (i.e. parts) do function on their own to a certain extent. Yes, your website may have your phone number and services on it, but what good does it do until someone actually logs onto it. Same goes for business cards. So what you ordered 1000 of them. If they don’t get put into the hands of a bride at a bridal show, they don’t work. BUT, combine those collateral parts to make a marketing engine and each one will drive the other even further towards your desired end result… new clients. Just think, if your car is designed to run with six spark plugs but you unplugged two, chances are that car would still run, but not very well. So you can image the type of results you can expect if you try to run your marketing engine with only half of the parts… it’ll run, just not like that Mercedes. Do you see where I’m going with this?

Listen, what I want you to take from this is that the advertising parts of your marketing engine do work individually, they are just less effective when used alone… like spark plugs.